Chicks on Speed blog at MySpace

photos by code crasher (a.k.a. melissa)

all the latest updates from now on at...

Kiki Moorse (ex-CoS) has now her own site, at http://www.kikimoorse.com/. Alongside DJing, she also has a new project with Andreas Reihse of Kreidler, called Bad French. 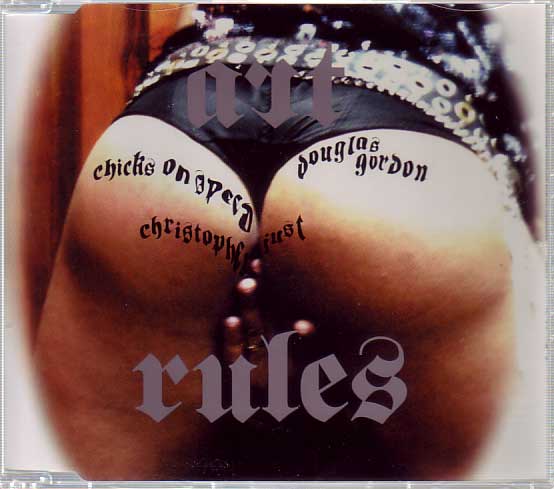 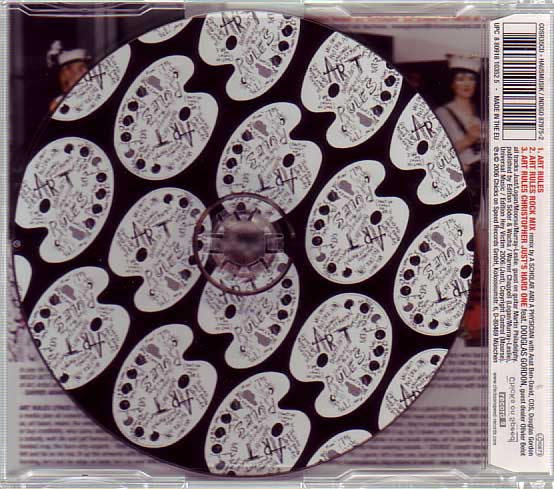 Chicks On Speed will have their new single Art Rules out soon. The single was already out last year as a promo version, the artwork of which you can see above (the final release may have a different artwork). 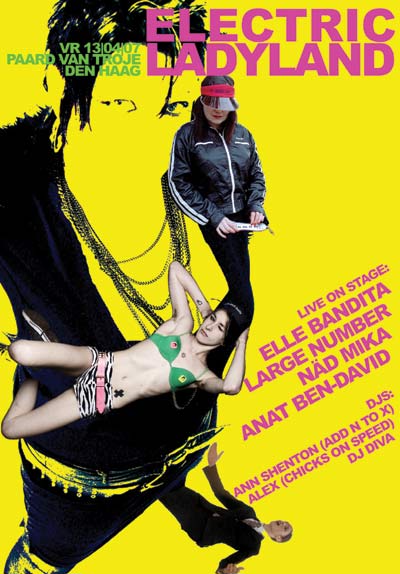 Last call for Electric Ladyland, the Girl Monster-inspired music festival in Den Haag, the Netherlands.
This Friday, April 13rd, these Girl Monsters will perform live and DJ at the Paard van Troje:


Still some tickets (EUR 10) available. Show your ticket at the merchandise stand for a free 7" with exclusive tracks by all headliners plus a brand new, specially recorded track by Chicks on Speed called "Witches".

Not able to come, but interested in a copy of the single anyway? Order your single by mailorder.

Please join Thyssen-Bornemisza Art Contemporary for the Vienna version of the LIVE PERFORMANCE:
ART RULES! by Chicks on Speed
with Douglas Gordon & Christopher Just
on Saturday, April 28, at 9.00 PM.

Following two sold-out shows at New York's MOMA and at Centre Pompidou in Paris, Thyssen-Bornemisza Art Contemporary proudly presents ART RULES! in Vienna, with videos, visual and audio material produced during a residency in town.
DJs Mel Merio and Christopher Just at the after party in the foyer.

On March 1, 2007 Kids on TV had their myspace account deleted with no warning or specific explanation by myspace. We suspect that, although we kept our site visually "PG-13" and played by the rules, the discussion of sexuality in our lyrics and the open embrace or radical culture was too much for myspace. We definitely ran into their limits whatever they were. They never responded to our questions either which is the experience everyone has apparently.

We have set up a myspace profile where we encourage people to post their stories of myspace censorship as comments - especially stories where the artist suspects a political bias to the censorship. We recognize that all censorship is political. However, we have a theory that recently (and in the past) myspace has been deleting accounts simply because they represent radical views, and express those views in images, video and music. This censorship will undoubtly continue and may result in the deletion of the page we created for censorship discussion. In the meantime we need to document and discuss these cases when they result from the homophobia, sexism, racism etc. of myspace staff and policies. We have not found a corresponding page on myspace and the forums on censorship that we found seem pretty inactive. Others may exist that we haven't found.

Once we created the page we were surprised that everyone who responded to it with a story of censorship was a gay artist. Admittedly we are (or rather were) in touch with many gay artists via our myspace account. But this doesn't explain the repeating pattern.

Articles about Kids on TV's experience:

we are in the art social pages!!! so funny!

CoS past gigs archive